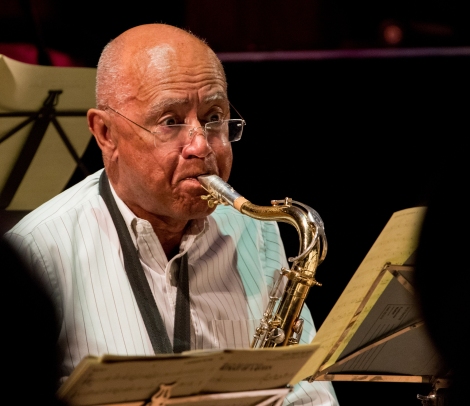 A consummate performer, Art Themen is a busy and sought after musician who is known for his originality and individual style. He regularly plays in large and small venues throughout the UK and worldwide, and is a regular feature at many jazz festivals.

A winner of the 2008 British Jazz Awards, Art first appeared on the jazz scene in the late 1950s. He became involved in the early London blues scene, playing alongside Alexis Korner, Jack Bruce, Mick Jagger and Chuck Berry, and fronted the Stan Tracey quartet for 20 years from 1976. He is influenced by Dexter Gordon, Sonny Rollins, Evan Parker and John Coltrane and has toured world wide and played and recorded with many US and British luminaries including Alan Barnes, John Donaldson, John Critchinson, Dave Newton, Georgie Fame, Don Weller and Mornington Lockett, as well as international musicians such as Nat Adderley and George Coleman.