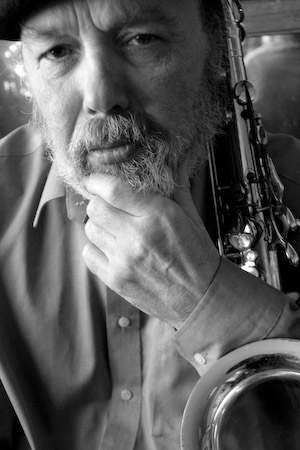 Majestic sax improvisor and Streatham local hero best known for his work with Stan Tracey, Don Weller is also a composer and band leader in his own right. His writing career began at the age of 18 when he wrote and arranged a piece for the Croydon Jazz Orchestra, eventually progressing to work on film scores such as Absolute Beginners and Stormy Monday. Don’s playing career began even earlier, when he performed Mozart’s clarinet concerto in the Fairfield Hall, Croydon as a 14 year old. He went on to take up tenor saxophone, and formed his now almost legendary group “Major Surgery”.

“He imitates nobody yet swings as hard and plays as soulfully, inventively and, if necessary, as devastatingly fast as any American icon could.” London Evening Standard