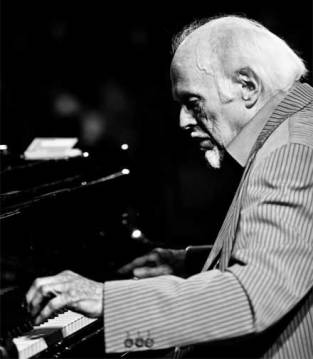 John Critchinson gained wide recognition from his 16 years work with Ronnie Scott’s bands and at Ronnie’s Club. He worked with many great American players including George Coleman, James Moody, Joe Henderson and Johnny Griffin. After the untimely death of Ronnie Scott in 1996, John formed the ‘Ronnie Scott Legacy’ with Pat Crumly which toured the UK and New Zealand for three years. He now works regularly with the Simon Spillett Quartet and Simon’s Standard Miles Quintet. John is one of the most respected jazz pianists on the scene today.