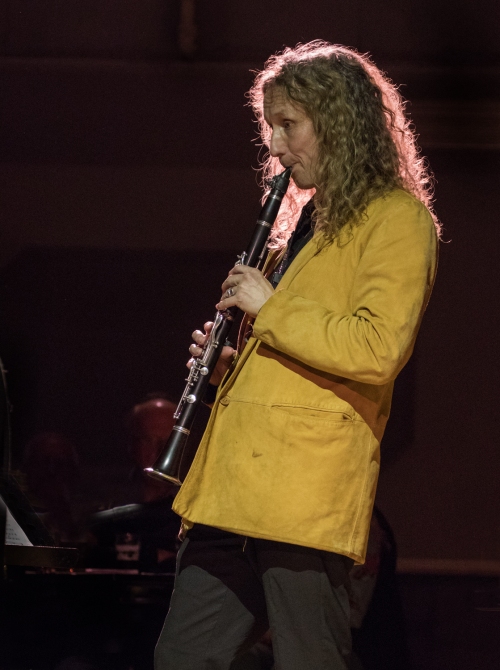 JULIAN MARC STRINGLE was a child prodigy reed player, educated at the Latymer Music School and the London College of Music.  He made his TV debut with Acker Bilk when he was just 14.  At 17 he formed a Modern Jazz quintet and toured Europe with Dave Cliff, Nick Weldon, Andy Cleyndert and Mark Taylor.

Julian currently leads The Dream Band his own exciting and melodic Latin-influenced jazz funk sextet They recently made a successful European tour where they played the first ever jazz concert in Albania.  Julian has written over 30 TV jingles and documentary film scores and was voted ‘Best Clarinettist’ at the British Jazz Awards 2006/7.  His highly melodic music and unique sound reaches the younger audience while his soul, original writing and phenomenal technique on his instrument excites the jazz aficionados.