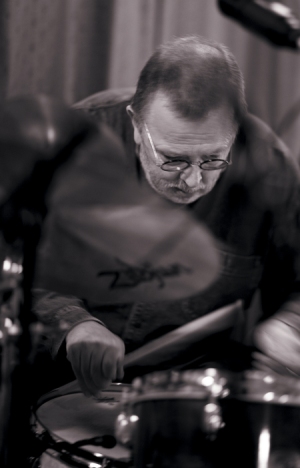 Spike Wells is a phenomenal sympatico drummer who has worked with the best of British and American Jazz exponents during his career. He worked as a regular member of Tubby Hayes’ quartet and big band from 1968 to Tubby’s death in 1973. As well as playing with Hayes, in both his quartet and his big band, Spike spent a year in Humphrey Lyttelton’s band, and also worked with many visiting soloists at Ronnie Scott’s, including Stan Getz (with whom he also toured Scandinavia), Roland Kirk, Art Farmer, Johnny Griffin and James Moody.